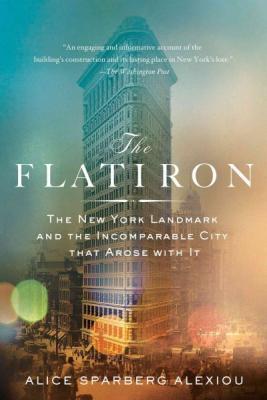 The Flatiron: The New York Landmark and the Incomparable City That Arose With It

"On March 5, 1901, just one month after receiving the Flatiron assignment from the Fuller Company, architect Daniel Burnham arrived in New York from Chicago at about seven in the morning. After stopping briefly at his hotel to freshen up and eat breakfast, he hurried downtown to the office of Harry Black, the company president. Burnham spent the rest of the day with Black. The following morning, Black accepted Burnham’s design.

"Besides these few facts, we know nothing more of what transpired between the two men during these two days. So we are left only to imagine Black’s reaction when he, presumably for the first time, saw sketches of a strange, wafer-thin skyscraper in the shape of a right triangle, topped with a heavy, ornate cornice. In keeping with the architectural fashion of the day, the building had three horizontal divisions, each corresponding, respectively, to a classical column’s base, shaft, and capital. The building’s two main elevations each soared straight up to the sky like giant screens, and were punctured continuously with rows of rectangular windows. The otherwise-monotonous fenestration was broken up by three vertical rows of eight gently-protruding bay windows traveling up the middle section of the building. Bays, Burnham perhaps would have reminded Black, were often used in Chicago skyscrapers, because they helped break the force of the fierce winds that blew off Lake Michigan, and would perform a similar function for the new Fuller building, which, standing in the middle of an intersection, would be especially vulnerable to the elements.

"Burnham would have explained to Black that the building’s bottom section would be of limestone, but the rest would be brick and, mostly, terra cotta, now a popular material, and especially for skyscrapers.

"The sketch showed the skyscraper with twenty stories. It filled up the entire lot, except for the tip at Twenty-third Street. And that was because Dinkelberg, the architect who did the sketches, had designed each side of the triangle to meet the other in a soft curve, rather than a sharp angle, a novel idea for a New York building. But this design detail was typically Chicago.

"Black would not have liked that even a tiny piece of a parcel that had cost one hundred fifty-five dollars and three cents a square foot would sit empty. He doubtless reminded Burnham that in Manhattan, any unused space, even the slightest bit, and in the most inconvenient configuration—the amount under discussion here measured a mere ninety three square feet, all crammed into a narrow little right triangle--translated into significant amounts of lost rental income. And, in the same vein, Black probably complained as well about the new building’s proposed height. By now, at least fifteen New York office buildings measured at least 250 feet high. The highest, the twin-towered Park Row Building, which still exists, stood 391 feet tall. But the new Fuller building, according to the design that Black was now studying, would stand at only about 285 feet.

"Burnham perhaps pointed out to Black that the flatiron location made for unprecedented wind exposure, on all three sides of the building. And the taller the building, the more vulnerable it would be. So Black should not worry about making his new company headquarters the tallest building in New York and therefore the world. Because its unique location would make the Fuller Building stand out on its own merits. Not just because of its unusual design, but because there were, so far, no other high buildings nearby to compete with it.

"We can imagine Burnham saying to Black: the Fuller Building will look like nothing that anybody has ever seen before. It will be Chicago’s gift to New York."

(excerpt from The Flatiron)